In 2010, Larzep manufactured the whole lot of double acting hollow bore cylinders for the construction of the new roof of the Olympic Stadium in Kiev where the Spanish Football Team won the EURO 2012, making history by becoming the first team in the world that has achieved the triple crown. 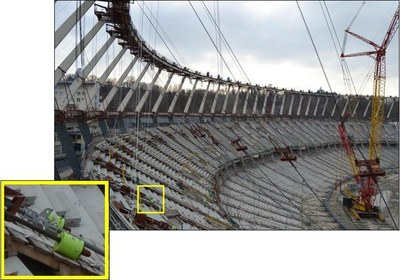 The cylinders were used to tension all the cables of the roof simultaneously.