Larzep supplied the seven 500 Tn lifting cylinders for the tub lift-and-split, twenty two 100 Tn cylinders along with an electric power pack incorporating valving controlled electronically via a PLC, all controlled by the laptop for work on the 6400 Tn Marion dagline.

Larzep lifting system contribute to successful maintenance lift on massive Queensland Dragline.
The job was to remove the Marion 8750 Series B’s tub, which weights 942 Tn for maintenance. This is understood to be a world-first for the mining industry.

Two jacking frames, each with 1.000 Tn working load limit, were used for this procedure.
Each jacking frame housed two 500 Tn Larzep cylinders.
Another 22 cylinders, each with 100 Tn capacity, were supplied to work along with the existing stock to unload the dragline’s left hand side propel walking arm for later removal.
The remaining three of the seven jacks of 500 Tn capacity were fitted in custom-built jacking haunches at 120 degrees around the circumference of the tub to allow for the lowering and raising of the tub for the removal and installation phases.
The control point for the jacking system was a laptop computer, easy to use, allowing jacking accuracies of multiple cylinders to within 1 mm.

The modular lifting system allows up to three-capacity hydraulic power packs to be connected to a programmable logic controller. This, in turn, was controlled from the laptop computer.
The company’s software allowed an operator to control the lift using simple mouse clicks on the laptop.
The laptop screen allows users to highlight which cylinder they want to be operating. You can move them individually or they can be synchronized for whatever task required.

Linear and pressure transducer on each cylinder let the operator see on the laptop screen the displacement of each jacking cylinder and the hydraulic pressure in each cylinder in real time.Total mass and centre of gravity also can be shown on the screen.
Users even have enough control over the cylinder to tilt the load if necessary. 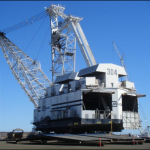 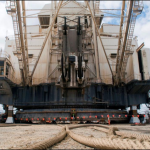 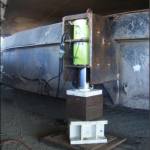 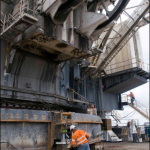 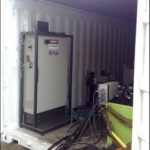 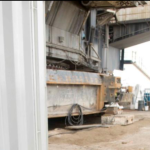 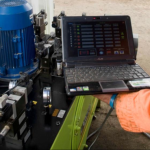 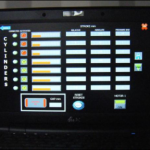 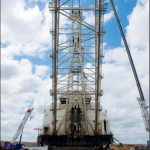 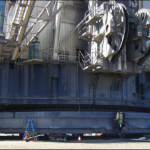